Posted on September 16, 2015 by ajaxunionszul

Ever get the feeling that you’re celebrating a birthday just about every week come September? Well, it’s not just you–September is the most popular month to be born in! Just check out this infographic to see how it stacks up to other months. If you’re still looking for some last minute gifts–or getting a head start on some holiday shopping–consider sapphire jewelry. Sapphire is the official September birthstone. Some fast facts: 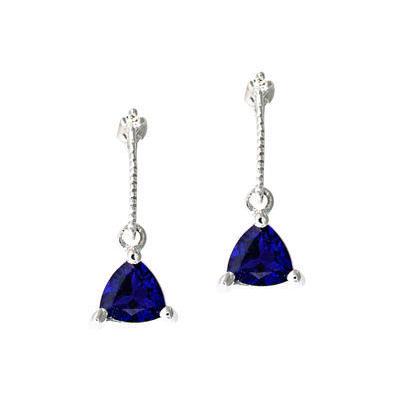 Sapphire really is a classic. It was prized in ancient Greece and Rome, where it was believed to have protective powers. The clergy wore sapphires in the Middle Ages as a symbol of heaven, which likely contributed to a common belief at the time that the stone attracted heavenly blessings. More recently, sapphire has been imbued with implications of royalty and nobility–just think of Princess Di’s iconic sapphire engagement ring.

Sapphires come in a range of shades and colors, although they have been associated since ancient times with the color blue. They are a member of the gem species corundum, which includes rubies; infact, rubies are just the red variety of sapphires.  Natural sapphires can be colorless, black, yellow, green, and gray. Reddish sapphires that are under a certain level of saturation are called pink sapphires.

Not Just a Pretty Face

Sapphires aren’t just for show–they actually have a variety of other applications. The gems are used in certain optical components, movement bearings, watches, and more. They have military uses, too–synthetic sapphire is used to create shatter resistant windows, body armor, and some sniper rifle scopes.

Check out the Szul sapphire collection for more fine sapphire jewelry that won’t break the bank!